Free shipping for orders over $50. Click and collect available Monday-Friday. 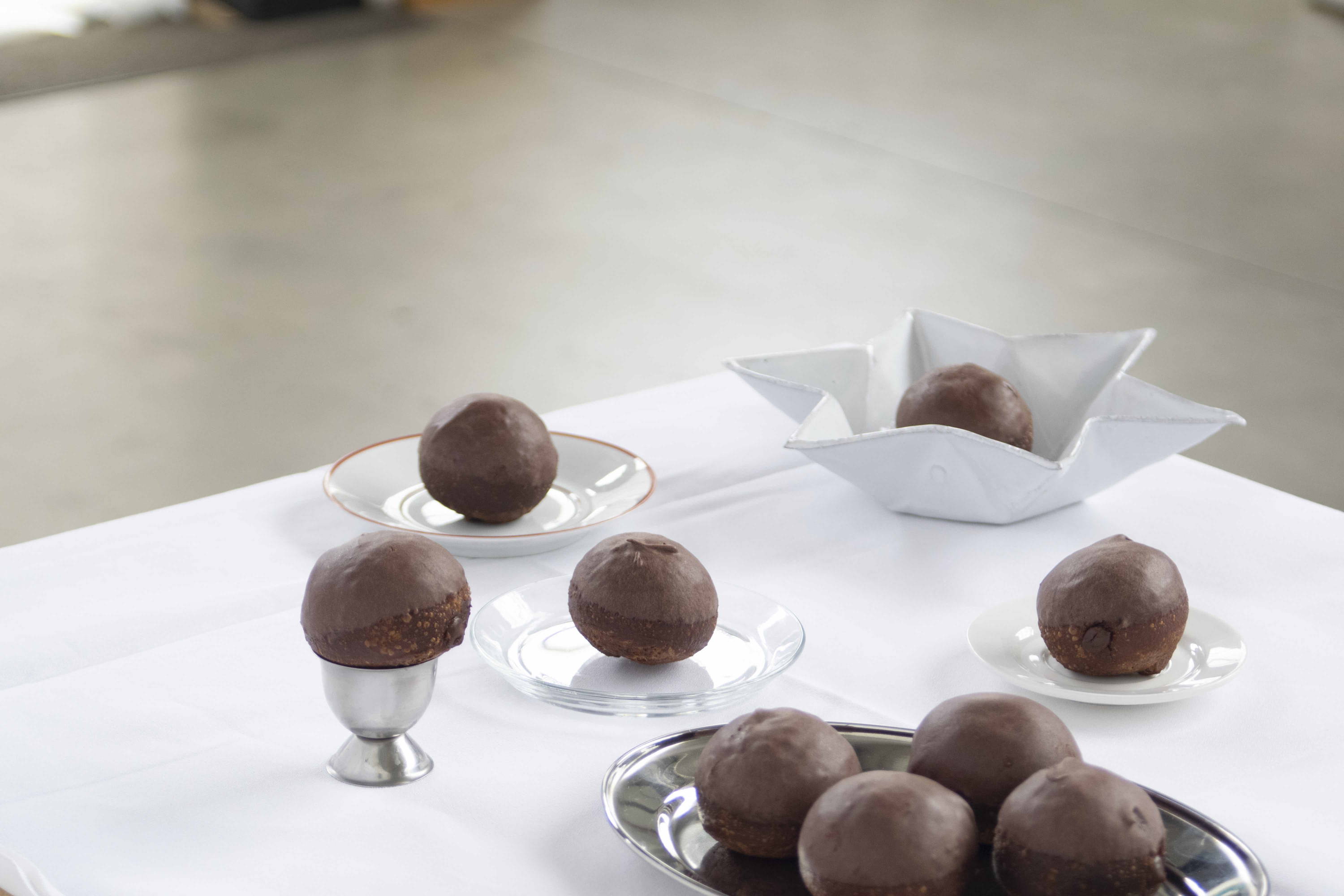 Doughnuts are one of my favourite treats and it's almost unheard of for me to walk by a doughnut van at the markets and not stop to buy at least one. Given the current circumstances, sometimes a little treat is needed to keep the spirits up and triple-chocolate doughnuts do just that. The custard in these doughnuts is a great way to taste the flavour profiles of the chocolate and can also be used as a filling for choux pastry, tarts or served simply with fruit.

Chocolate Doughnuts
1. Sift together flour, cocoa powder, sugar and salt into the bowl of a stand mixer. Stir in the dry yeast.
2. Add the butter and mix on medium speed with the paddle attachment until the mix resembles breadcrumbs.
3. Warm the milk to room temperature (approximately 30°C.). Transfer to a jug and whisk in the egg.
4. Change the mixer attachment to a dough hook and add in the milk and egg. Mix on medium speed until a dough forms. Continue mixing on medium-high speed for 5–8 minutes or until a smooth, elastic dough forms. You may need to scrape the sides of the bowl a few times.
5. Remove from the bowl and divide the mixture into 45g–50g portions, or 10–12 even pieces. Roll each piece into a smooth ball and place onto a lined tray, a few centimetres apart to allow for proving. Wrap gently with a damp tea towel and leave to prove for 1–2 hours or until doubled in size. While the doughnuts are proving, you can make the Dominican Republic Chocolate Custard and Chocolate Ganache.
Dominican Republic Chocolate Custard
1. Whisk together the cornflour and first quantity (35g) of milk. Whisk in the egg yolks until well combined. Pass through a sieve into a medium bowl
2. In a medium saucepan, bring the milk (385g) and sugar to the boil. Pour half of the hot milk onto the egg yolk mixture, whisk well and return the saucepan.
3. Cook over low to medium heat, whisking constantly, until the mixture boils. Once boiling, continue cooking for a further minute.
4. Transfer to a clean bowl and immediately add the chocolate. Stir the chocolate through as it melts until the mixture is glossy and well combined. Cover the custard with cling film, pressing onto the surface to stop a skin from forming. Leave to cool in the fridge.
5. Once cold and set, stir the custard with a spatula to loosen and transfer to a piping bag. If you don’t have a piping bag, you can use a zip-lock bag and snip off the corner when ready to fill the doughnuts
Chocolate Ganache
1. Melt the chocolate buttons over a saucepan of simmering water, stirring constantly. Do not let the water boil. Alternatively, melt the chocolate in the microwave in 15 second bursts, stirring well in between, until fully melted.
2. In a small saucepan, bring the cream to a simmer. Stir ⅓ of the cream into the melted chocolate. The mixture will start to thicken, add in another ⅓ and stir until the mixture starts to loosen. Add the remaining cream and whisk well until the ganache is emulsified. Stir in the butter and leave at room temperature until ready to dip the doughnuts.
To Assemble
1. To fry the doughnuts, preheat oil to 175°C
Carefully lower the proved doughnuts into the oil and fry for 3 minutes, flipping the doughnuts every 30 seconds to ensure even colouring and cooking.
Remove with a slotted spoon or tongs and drain on absorbent paper.
Once at room temperature, poke a hole in the side of the doughnut with a chopstick or piping nozzle top. Fill with the chocolate custard and dip into the chocolate ganache. Leave plain or top with cocoa nibs or grate some chocolate over the top. Best eaten immediately 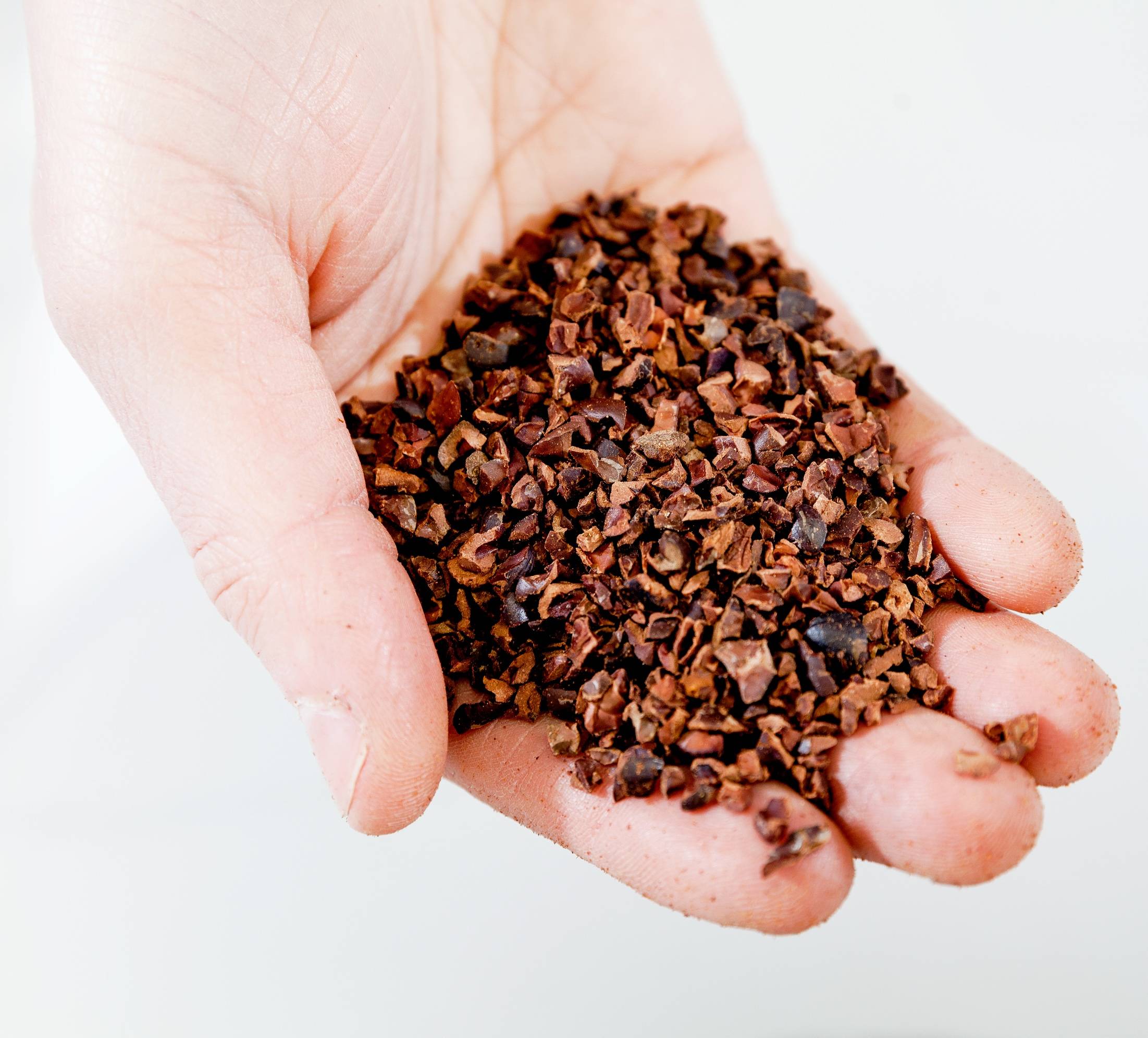